For those that haven’t heard, Dead by Daylight is an asymmetric survival horror video game developed by Behavior Interactive and published by Starbreeze Studios. The game was released for Microsoft Windows on June 14, 2016.  Dead by Daylight is an online multiplayer game where you play with up to four other live players as either one of four Survivors trying to escape or as the Killer trying to put an end to their lives.  Since its release it has received more then 11,000 reviews from players to media alike with an overall positive outcome, receiving a 71/100 metacritic score as well.  But the question I want to impose is, have they gone to far? 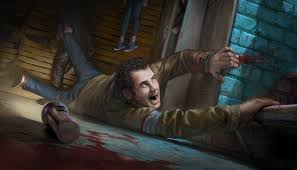 I want to remind everyone that I am a huge survival horror genre gamer.  I grew up playing games such as Resident Evil, Silent Hill, Clock Tower, Condemned, Alone in the Dark and many more so I have a good understanding of how it works.  For those that don’t let me briefly explain.  In all of the Survival Horror games out their the underlining goal is always the same, survive…obviously.  Whether it was a zombie outbreak, or ghosts and demons, to even psycho killers chasing you at the end of the day you played through the game learning the story as you go, getting scared out of your shoes, and at the end defeating the final boss and escaping with typically minimal injuries.  Besides surviving; however, the other constant was that you were the victim/hero(in) defeating evil.  You were never tossed into the blood and mud stained boots of the killer…until now.

In Dead by Daylight you get to choose to be the bad guy, you can be the killer.  Each round of DbD is a 4vs1 fight off and you can choose to end the lives of the other players viciously.  The killer can initially only kill the survivors by sacrificing them by placing them on one of the many meat hooks in the area and waiting for the demonic claws to eventually finish off the survivor, carrying their soul into the sky.  Doing this rewards the player with experience points (XP) that are earned with each kill to keep players returning.  After a player has earned enough experience points as the killer, certain perks can be unlocked that includes the ability to finish off survivors instantly with their weapon, rather than the lengthy process of taking them to the meat hooks. 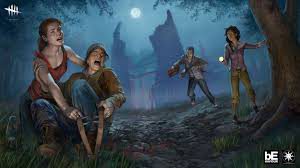 It seems lately in not just video games, but in media in general we have seemingly glorified the bad guys into a hero status.  We cheer bank robbers, we worry about the love life of a serial killer, we laugh at someone getting murdered if the star villain says a catchy one liner right before, times have changed.  In the terms of video games, the lead character though for all intensive purposes is committing crimes, there always lingers this moral behind the acts that almost seem to justify the actions (though there is never a justification to commit a crime lets just be clear on this).  Yet in DbD, there is no moral or justification.  As the Killer, your only purpose is to just kill as many survivors as possible, sacrificing them to some twisted demon of some sort.  This is quite possibly where the game may have gone to far with the basis of to kill just to kill.

With that being said, the game itself is sound.  Behavior Interactive did a good job with setting the atmosphere to pull you into their horror world.  The mechanics are overall fairly good with only a few twitches here and there which they are fixing with patches down the road along with adding new content to keep players returning.  It’s not a bad game by any means and if you feel uncomfortable as being the Killer you still have the option of being a Survivor as well.  I enjoyed playing DbD as both sides of the coin but I also know the difference between reality and fantasy as do most of all gamers now a days.  The concern is that small percentage of gamers, especially younger gamers, may be negatively influenced by the graphic imagery that the game shows.  Behavior Interactive geared this game for a Mature audience but there is always that group that get their hands on it that shouldn’t.  Those are the ones that make me question the game.

At the end of the day, this is a very mature game that can and should be enjoyed by a mature group.  When my cousins and I would play these kind of games back in the day our parents were right there continuously expressing and questioning us that we understood that everything we saw was fiction and not real and made sure that there was still a moral right and wrong to life.  If parents of today can take that same approach to games like this, then like the survivors we’ll all be able to breathe a sigh of relief.