With the free publicity they’ve been getting with different TV shows lately, a thought popped in my head that some people watching might be wondering.  What the **** is a Wawa?!  Let me try to explain.

The name, Wawa, comes from the site of the company’s first milk plant and corporate headquarters in the Wawa, Pennsylvania area. The name of the town Wawa is in turn derived from the Ojibwe word for the Canada goose (taken from The Song of Hiawatha). An image of a goose in flight serves as the Wawa corporate logo. It is said that the goose was chosen because the company employs the principles of teamwork, group consensus, and encouragement.  On a side note, what the **** is up with you Pennsylvania with all your strange town names!?

The current CEO of Wawa is Chris Gheysens, who succeeded Howard Stoeckel in January 2013.  Eleuthère (Thère) du Pont has served as both the CFO and president, but is no longer associated with the company. Richard D. (Dick) Wood, Jr. is chairman of the board of directors. As of July 2009, many Wood family members were still active within the company. Although Wawa is a family-run business, the employees of Wawa also hold a relatively large percentage of stock which is hard to find in most business these days.  To top it off, Wawa has been leading the way with many innovations to better serve their customers such as being among the first convenience stores to implement self-serve computer touch-screen menus for food orders, in an attempt to improve order accuracy and providing surcharge-free ATM transactions to all of its customers in six states, the result of a partnership with PNC Bank that began in 1985.  In the summer of 2008, Wawa introduced “Hoagiefest”, a reduced-price promotion on four selected varieties of its “Shorti” size hoagies. The Hoagiefest promotion was expanded in 2010 in both the number of types of hoagies included and the time length of the promotion. Wawa has run the promotion every summer since 2008. 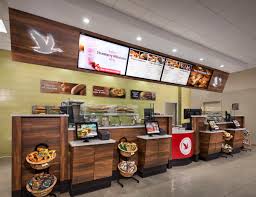 When bringing up Wawa in a conversation to the locals you hear words like, “Awesome”, “Life Saver”, and “Magical”…well maybe that last one is to those with the late night munchies.  24 hours a day, 7 days a week, at any time you can go have a fresh meal made of hoagies, quesadillas, hot or cold coffee, and more, pickup lottery tickets, grab a paper (you know those crazy things pre Millennials used to hold in their hands to read that were printed on actual paper with ink…I know I went over your head), snacks, teas, get gas at most locations, what have you.  But don’t you dare call it a strange 7/11 or we’re gonna fight.

So the next time you hear someone mention, “Hey, let’s go to Wawa,” you stop whatever it is you’re doing and you follow that person. Because they’re going to lead you to happiness.