It seemed like for a long time artists would come, make a couple albums, have years of toured success and then the groups would retire and be only

heard from on the oldies stations on the radio.  This would hold even more so with the constant changing trends that music would go through; from acoustics to electrical to heavy metal rifts to heavy bass driven Hip-hop tag lines.  Yet it seems over the past couple of years the artists that our parents listened to are making come backs and releasing new albums.  In the same vain, a much younger generation of music listeners a bringing back music from artists that we lost back in the day and remixing their lyrics with 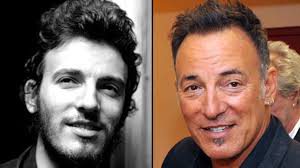 newer sounds to make them fresh again.  So class, music history definitely is repeating itself. 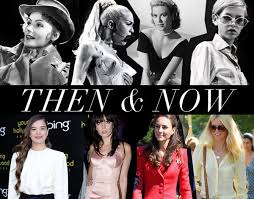 Nothing holds truer then fashion.  Every couple of years you see a resurgence of clothing trends that have long since died off (some most assertively needed to disappear).  Yet in about ten to fifteen years we start seeing these trends come back to life.  From Bell Bottoms, to short shorts, tight tanks, what have you.  Flip through an old photo album of your parents (those giant books they kept their pictures in instead of their cell phones) and look at the clothes they wore.  Guaranteed, you will see those hideous fashions again really 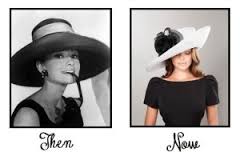 Lately, movies have been going through a big resurgence as of late with franchises coming back or being remade completely after ten plus years.  Movies

aren’t as surprising because you always hear that film in a nut shell, “have run out of original ideas.”  Bringing back classic franchises isn’t a problem for most as long as you honor the original source material.  A lot of studios now a days seem to want to mess with the formula and make things worst of then from before.  But in some rare occasions, they make them better and more of their own then a sequel or imagining.

Nothing says “old is new again” like a good video game series.  With the changing technologies and digital graphics a seemingly simple character can live on forever.  Similarly to movies, many studios are bringing back older franchises to meet fan demand but to also keep themselves paid for the next few years since original story’s seem to be hard to come by now a days.  A voice actor; however, can play a character for years and years as they age yet in the game they can remain as young and as adventurous as the first time the jumped into that floating block in the sky.

At the end of the day history has no problem repeating itself, it’s just easier.  What you do with it when you recognize it happening is what truly makes it worth every memorable moment or just another passing fad in the wind.